What is the working principle of the aerator?

Home / News / What is the working principle of the aerator?

What is the working principle of the aerator?

The working principle of aerator
It consists of five parts: submersible pump, jet, diffuser, suction pipe and hose, as shown in the figure below. On the basis of the traditional jet mechanism, it integrates advanced diffuse flow technology and adopts jet aeration method.
During operation, the water pump impeller is driven by the submersible motor to rotate at high speed, pushing the mud-water mixture into the jet to form a jet, creating a negative pressure zone around the jet, and sucking air into the negative pressure zone of the jet nozzle through the suction pipe, in the jet's throat. The gas, water, and mud are fully mixed, and the kinetic energy of the jet is gradually transformed into pressure energy through the diffuser of the jet, and then enters the diffuser. In the diffuser, the gas, water, and mud mixture is further mixed, forcing the gas to continue to shear, crush and emulsify, ensuring that most of the oxygen is fully dissolved in the water. At the same time, under the action of the jet fluid pressure, the jet carries oxygen molecules and tiny bubbles, sprays and diffuses obliquely downwards from the nozzle of the diffuser, forming an impact and stirring on the water body and the sludge at the bottom of the biochemical tank. The bottom slowly rises to the water surface, and the residence time of microbubbles in the water is generally more than 30 seconds, so that the oxygen in the air is fully dissolved and absorbed, and the oxygen transfer efficiency and oxygenation capacity are improved.
It can make muddy water and air generate high negative pressure and strong turbulence, stirring and shearing in the jet, and promote the high frequency oscillation of liquid film and air film, so that the bubble diameter is greatly reduced, and the number of bubbles increases and increases. The specific surface area of ​​the bubbles also makes the gas-liquid film thinner, which can greatly reduce the mass transfer resistance and make the oxygen molecules better transfer from the gas phase to the liquid phase.
In the process of high-speed advancement, the jet has a high angular velocity under the action of high-speed rotation in the disperser, so that the jet has a strong penetrating power, makes the tiny bubbles travel far in the water, and enhances the ability of stirring, pushing and aeration. 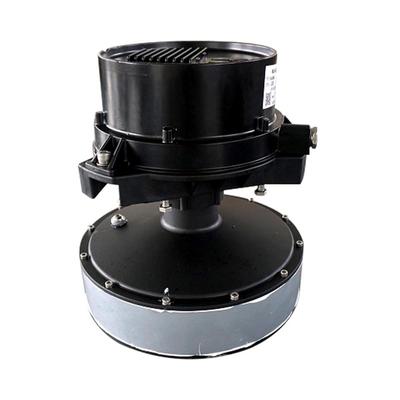