The no-load current of the motor is large. When the no-load current of the motor is greater than the limit data, it indicates that the motor has malfunctioned.
The reasons for the large no-load current of the electric vehicle motor are that the internal mechanical friction of the motor is large, the coil is partially short-circuited, and the magnetic steel is demagnetized. When the motor's no-load/load speed ratio is greater than 1.5, it indicates that the magnets of the motor have been demagnetized quite badly. The entire set of magnets in the motor should be replaced. In the actual repair process of electric vehicles, the entire motor is generally replaced. To
There is mechanical collision or mechanical noise inside the motor during operation:
Regardless of high-speed motor or low-speed motor, there should be no mechanical collision or discontinuous and irregular mechanical noise when the load is running. Different types of motors can be repaired in different ways. To
The vehicle mileage is shortened and the motor is weak:
The reasons for the short mileage of the car and the lack of power of the motor (commonly known as the lack of power of the motor) are more complicated. Generally speaking, the failure of the vehicle with short continuous mileage is not caused by the motor, which is related to the attenuation of the battery capacity, the charger is not fully charged, and the controller parameter drift (the PWM signal does not reach 100%). To
Phase loss of brushless motor: generally caused by damage to the Hall element of the brushless motor. We can determine which Hall element is faulty by measuring the resistance of the Hall element output lead relative to the Hall ground wire and relative to the lead wire of the Hall power supply.
In order to ensure the precise commutation position of the motor, it is generally recommended to replace all three Hall elements at the same time. Before replacing the Hall element, it is necessary to figure out whether the phase algebraic angle of the motor is 120° or 60°. Generally, the three Hall elements of a 60° phase angle motor are placed in parallel. In the 120° phase angle motor, one of the three hall elements is placed in a 180° position.
Solutions to common faults of electric vehicles
1. The electric vehicle has the feeling of stopping, fast and slow, and weak while driving.
Reasons and solutions:
(1) The seven-core connection is in poor contact → change the seven-core line. To
(2) The Hall power-off brake lever is in poor contact → change the Hall power-off brake lever. To
2. The battery of the electric vehicle is sufficient, the indicator lights are all on, but the load wheel is weak. To
Reasons and solutions:
(1) The gear is worn and slippery → replace the gear. To
(2) Part of the winding of the hub motor is short-circuited → replace the motor. To
(3) Electric bicycle assembly problems or parts wear → replace the vibration damping rubber.
Three, the electric vehicle motor drive has irregular stalls
(1) The controller and the electric hub connector are loose or have poor conduction → reinsert the connector or replace it.
(2) Poor contact between the carbon brush of the hub motor and the rotor → troubleshoot the fault according to the hub maintenance method. To
Fourth, the noise of electric bicycle motor drive
(1) The wheel hub gear is short of oil → open the wheel hub and apply gear grease. To
(2) The gear is defective → replace the gear. To
(3) The gear housing bearing is damaged → replace the bearing.
Fifth, the electric vehicle is disconnected
(1) The chain is too loose → tighten the chain
(2) If the rear wheel has no position to move back, and the chain is still too loose, the chain should be disassembled and shortened, and then installed and adjusted. (3) The sprocket, chain and flywheel are not on the same plane → ①install the sprocket, ②install the rear wheel, ③correct the position of the deformed frame and the vertical fork. To
6. Stepping into the air When riding with pedals, the chain cannot drive the car forward, or sometimes it drives it, sometimes it doesn't. In most cases, it is caused by bad flywheel or bad mesh between flywheel jack and the outer cover → ①Clean the dirt in the flywheel so that the jack can bounce and work without being stuck by the oil. ② Correct the jack spring so that it is hidden in the groove of the jack. ③ Replace the jack spring. ④ When the head of the jack is severely worn, replace it with a new jack. ⑤ When the inner teeth of the flywheel jacket are severely worn, replace the flywheel jacket.
Related Suggestion : 10 inch scooter motor 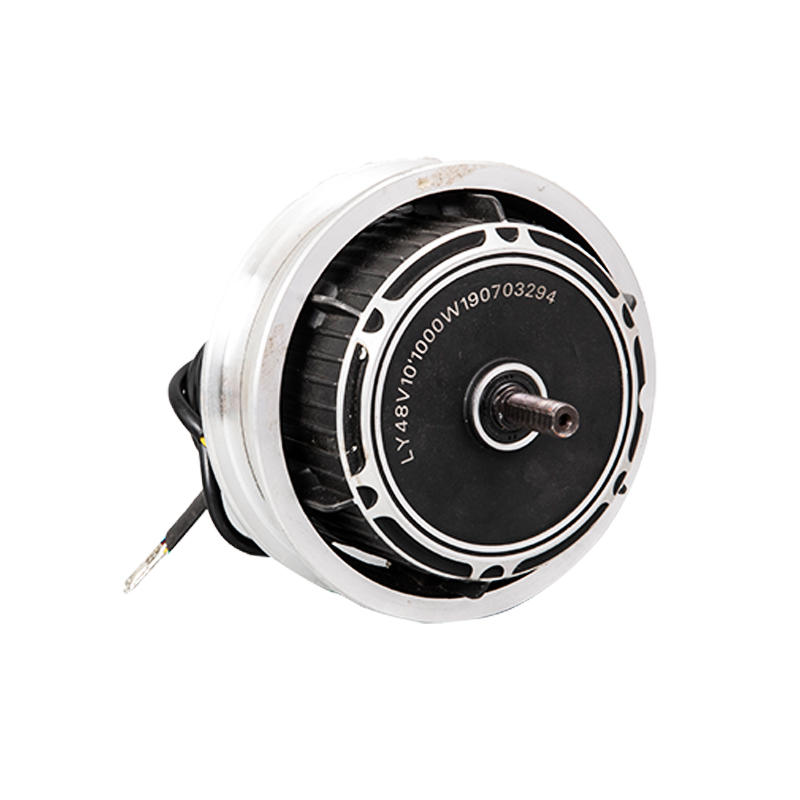