1) The basic concepts of "brushless" and "brushed": At present, DC permanent magnet motors are widely used in electric bicycles. DC permanent magnet motors can be divided into brush motors and brushless motors according to whether they use brush commutation. Brushed motors are the mainstream products of DC motors. At present, most electric bicycle motors are brushed motors. A brushless motor is a special DC motor that uses a built-in sensor and an electronic commutator to perform electronic commutation. The brushless motor is mainly used to eliminate the wear of the brush and the noise generated by the brush contact. To
2) The shortcomings of brushed motors have not become the factors that hinder its wide application in electric bicycles: Brush wear and motor noise are the two most important shortcomings of "brushed" and "brushless", but despite these two This is a shortcoming. Why do most domestic brand manufacturers still use brushed motors? Didn’t they realize this problem? the reason is:
A) The wear of electric brushes does not constitute a major problem. An electric bicycle is a means of intermittent work. The longest discharge time (riding time) for a battery of batteries is usually 2-3 hours. The average time is about 1-2 hours. Now, the disc rotor motor widely used in electric bicycles uses flat commutators and high-quality extended brushes. The working life is generally more than 1500 hours. Therefore, according to each user Calculated by cycling for 1.5 hours a day on average, a set of brushes has been used for 1,000 days. It can be seen that a set of qualified brushes has been in service for nearly three years, and the cost of replacing a set of brushes is only about 5 yuan, which is less than 2 yuan per year on average! What's more, it is indeed necessary to conduct some comprehensive inspection and maintenance of the electric bicycle after three years of use, replace some worn parts, and promote the exaggerated view that trade motors are maintenance-free for ten years, which is suspected of misleading consumers. To
B) It is normal for the motor to make a little sound. When the author visited the market, a promoter of brushless motor electric vehicles demonstrated the quiet characteristics of brushless motors under no-load conditions to prove that brushless motors are better than brushed motors It is much more superior. In fact, buying an electric car is by no means buying air-conditioning equipment. Consumers do not have to make a decision to buy it or not for whether it is noise-free. In fact, users who have used brushless motor electric vehicles will know that the sound of the brushless motor is really small when it is no-load or low-load (such as flat and no wind), but when it runs to a heavy load state For example, when going uphill or against the wind, it often emits a sound that is far more "huge" than a brushed motor, and even uncomfortable electromagnetic jitter. This kind of sound will not appear in the promotion process of a quiet store. In fact, it is normal for a vehicle motor to make some noises when it is running. After all, it is a vehicle for outdoor use. The national noise qualification standard is less than 62 decibels. Most domestic brushed motors can control the decibel value. Below 55 decibels, it is a qualified product. The promoters of brushless motors guide consumers to pursue "silence" and promote electric vehicles like air conditioners. They are also suspected of misleading consumers. The noise of air conditioners will affect sleep, and a little sound from electric vehicles will never affect the use. of!
Related Products：Electric Bicycle Hub Motors 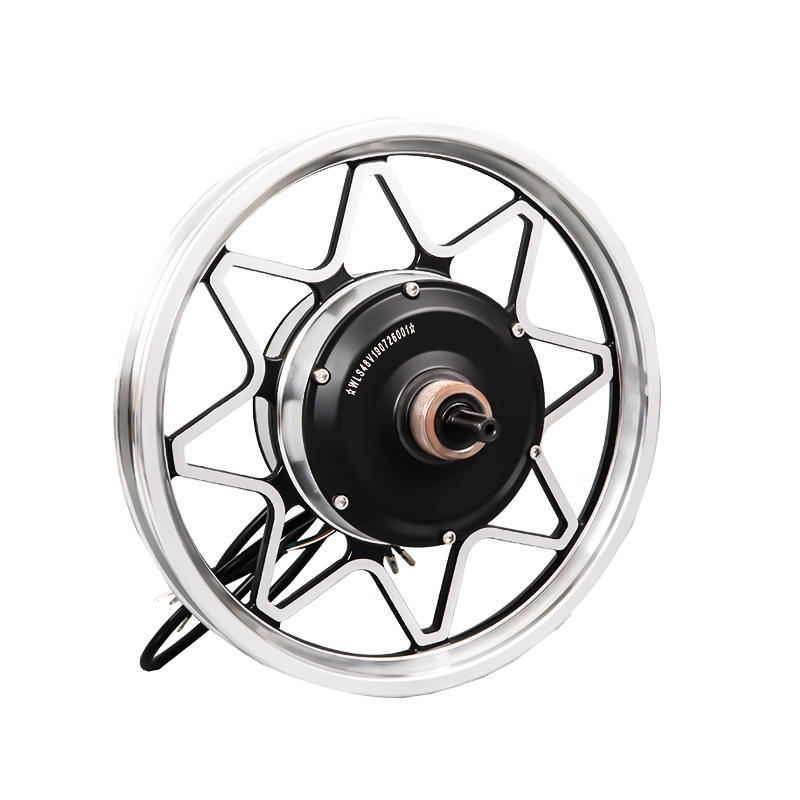