There are two types of motor faults: mechanical faults and electrical faults. Mechanical faults are relatively easy to find, and electrical faults must be analyzed and judged by measuring their voltage or current. We now introduce the detection and troubleshooting methods of common motor faults.
1. The no-load current of the motor is large
Place the multimeter in the DC 20A gear, and connect the red and black test leads in series to the power input of the controller. Turn on the power and record the maximum current value A1 of the multimeter at this time when the motor is not rotating.
Rotate the handle to make the motor rotate at a high speed for more than 10s without load. After the motor speed stabilizes, start to observe and record the maximum value A2 of the multimeter at this time.
No-load current of the motor = A2-A1
When the no-load current of the motor is greater than the limit data of the reference table, it indicates that the motor has malfunctioned. The reasons for the large no-load current of the motor are:
①The internal mechanical friction of the motor is large.
②The coil is partially short-circuited.
③ Demagnetization of magnetic steel.
We continue to do related tests and inspection items, and we can further determine the cause of the failure or the location of the failure.
2. The no-load/load speed ratio of the motor is greater than 1.5
Turn on the power and turn the handle to make the motor rotate at a high speed for more than 10 seconds without load. After the motor speed is stable, use a handheld speed/speed meter to measure the maximum no-load speed N1 of the motor at this time.
Under standard test conditions, drive a distance of more than 200m, and start measuring the maximum load speed N2 of the motor. No-load/load speed ratio=N2÷N1
When the no-load/load speed ratio of the motor is greater than 1.5, it indicates that the magnets of the motor have been demagnetized quite badly. The whole set of magnets in the motor should be replaced. In the actual maintenance process of electric vehicles, the entire motor is generally replaced.
3. Motor heats up
Use a non-contact infrared thermometer, or the temperature measurement gear of a multimeter (a multimeter with temperature measurement), when the temperature of the motor end cover exceeds the ambient temperature by more than 25℃, it indicates that the temperature rise of the motor has exceeded the normal range. The temperature rise should be below 20℃.
The direct cause of the motor heating is due to the large current. The relationship between motor current I, motor input electromotive force E1, motor rotation induced electromotive force (also called back electromotive force) E2, and motor coil resistance R is:
I=(E1-E2)÷R
If I increases, it means that R decreases or E2 decreases. The decrease of R is generally caused by a short circuit or an open circuit of the coil. The reduction of E2 is generally caused by the demagnetization of the magnetic steel or by the short circuit or open circuit of the coil.
In the practice of whole-vehicle maintenance of electric vehicles, the method to deal with motor heating failures is generally to replace the motor.
4. There is mechanical collision or mechanical noise inside the motor during operation
Regardless of high-speed motor or low-speed motor, there should be no mechanical collision or discontinuous irregular mechanical noise when the load is running. Different forms of motors can refer to the above table and use different methods for maintenance.
5. The vehicle mileage is shortened and the motor is weak
At an ambient temperature of 25°C, under standard test conditions, vehicles assembled with different types of motors have different continuous mileage. We can refer to the data in the table below to determine whether the continuous mileage of the vehicle is normal. The data in the table is 60% of the actual continuous mileage when the new battery is fully charged with the new motor. If the actual mileage is less than the reference number, we can determine that the vehicle's continuous mileage is short.
The vehicle's fatigue is manifested by the low power of the motor uphill, the long start-up time, and the obvious slowdown of the test drive speed.
The reasons for the short mileage of the vehicle and the weak motor (commonly known as the weak motor) are more complicated. But after we eliminated the above 4 kinds of motor failures, generally speaking, the failure of the vehicle with a short continuous mileage is not caused by the motor. This is related to the attenuation of the battery capacity, the charger is not full of the battery, the controller parameter drift (the PWM signal does not reach 100%), etc. These problems are introduced in the relevant chapters below.
6. brushless motor lack of phase
The lack of phase of the brushless motor is generally caused by the damage of the Hall element of the brushless motor. We can measure the resistance of the output lead of the Hall element relative to the Hall ground wire and the lead wire of the Hall power supply, and use the comparison method to determine which Hall element is faulty.
To ensure the accuracy of the motor commutation position, it is generally recommended to replace all three Hall elements at the same time. Before replacing the Hall element, it is necessary to figure out whether the phase algebraic angle of the motor is 120° or 60°. Generally, the three Hall elements of a 60° phase angle motor are placed in parallel. In the 120° phase angle motor, one of the three hall elements is placed in a 180° position.
Related Products： brushless motor 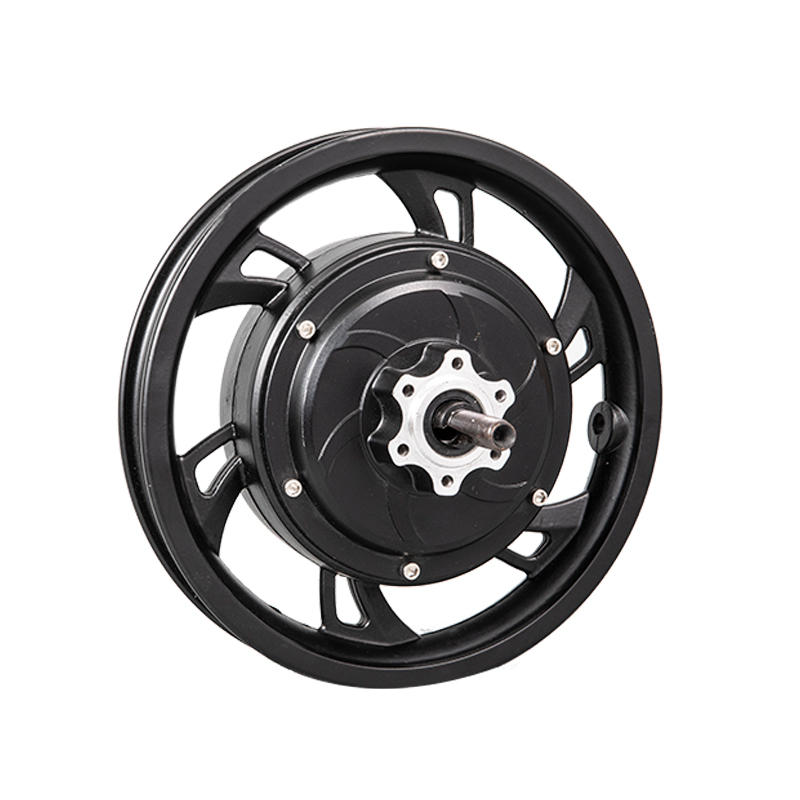